skip to main | skip to sidebar
Since 2011, I have been spending November to April each year working for the British Antarctic Survey (BAS) on Signy Island in the South Orkney Islands, Antarctica. I work as a Zoological Field Assistant on the penguin and seal long-term monitoring programme. Before this, I spent 2.5 years on the sub-Antarctic island of Bird Island, South Georgia, in the South Atlantic.

This blog gives readers an insight into my day-to-day life in the Antarctic, from my first trip south in 2008 to the present day.

The journey from the Falkland Islands, down to Signy is usually a 3 day crossing.  We left Stanley on a beautiful calm evening, heading South East across the Drake Passage towards the South Orkney Islands. 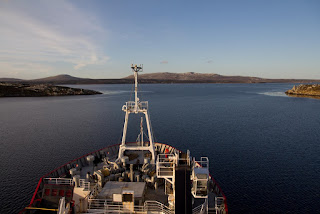 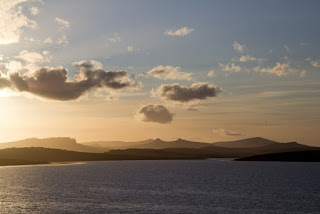 After a couple of days of fairly bumpy seas, we hit the colder Antarctic ocean currents, and ice started to appear.  At first, just little pieces, but then increasingly larger icebergs appeared. 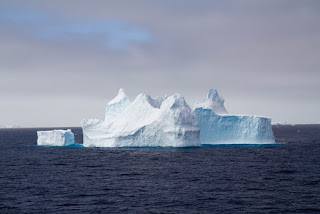 Icebergs are made of fresh water carved from glaciers, and can float around in the ocean for several years.  In the winter, the surface of the sea itself freezes, locking these big bergs into the sea ice, until it melts the following spring.

Signy lies just at the outer edge of the northern limit of the Antarctic sea ice, so it, and everything south of it, is linked to the frozen Antarctic continent during the deepest of winter months when the sea ice extent is at its greatest.  In the summer the sea ice melts and Signy is surrounded by open water.

As the research station is uninhabited during the winter, upon arrival at Signy in the Spring, we have no idea whether it will be still locked into the sea ice, or have open water.  This year we reached the edge of the sea ice only a few miles from Signy. 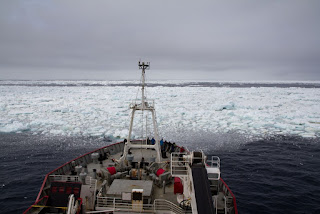 The ice was breaking up, but still very densely packed in a lot of places, making progress exceedingly slow as the ship picks its way carefully through.  One day we covered only 4 miles. 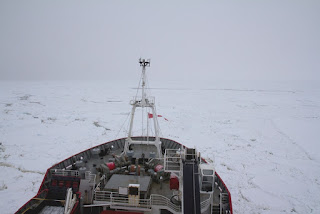 At the back of the ship the ice quickly closes back in after passing through it, leaving a very real sense of being in the middle of nowhere. 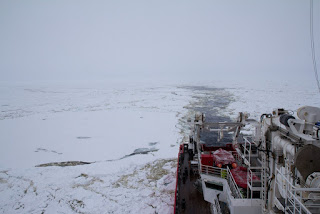 At night the ship continues, with the aid of bright navigational lights. 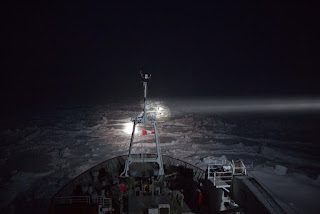 After two days of ice, we finally reached Signy, which conveniently had a small area of open water around it, allowing us to access the research station by launching the small boats.  Upon arrival, our task was to get the research station up and running and ready for the coming science season.

My trip this year began on 5th November, when I left the UK and flew South.  Dates and timings always change at the last minute, and in the end we flew to Sao Paulo, then on to Santiago, then continued South to Punta Arenas, and finally across to Stanley in the Falkland Islands.  In Stanley we joined the ship, the RRS James Clark Ross.  The James Clark Ross (JCR) belongs to the British Antarctic Survey and is mainly a scientific research vessel, but also transfers people and equipment (like us) to their respective research stations. 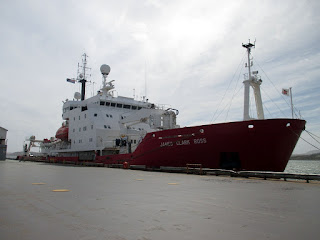 Stanley is where most of the Falkland Islanders live and is a colourful little town, stretching down to the sea and a small sheltered harbour. 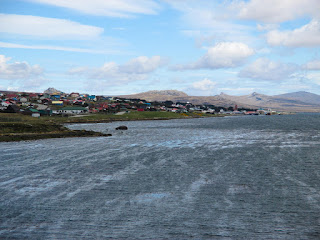 It is spring in the Falklands and it is always nice to arrive here from a wintery UK to be greeted by tiny lambs, young birds and spring flowers, even if it is still very cold and blowy.  Below are a few common species to be found here.  This is a family of Flightless Steamer Ducks. 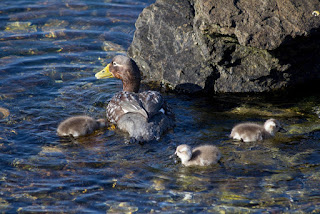 The Male sunbathes nearby. 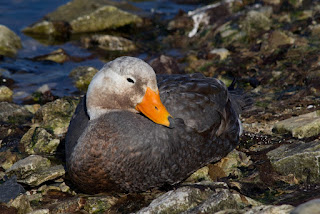 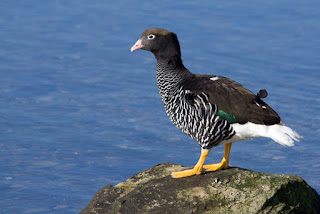 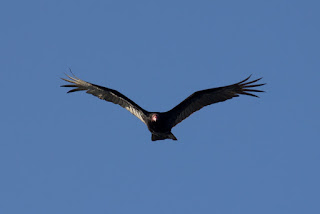 Nesting Gentoo Penguins and sheep- a combination that I still find rather bizarre! 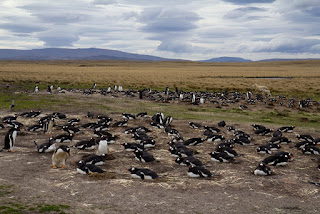 After a few days in the Falklands, we finally set sail for Signy, South Orkney islands, Antarctica, where I will spend the next 5 months.  More about that coming soon...